There may be cases where Trados Studio's spellchecking option appears greyed out with a "Language Not Supported" legend. For example, this is what happens if I have a project that has Venezuelan Spanish as the target language.

Luckily, there is an easy solution to this.
1. Go to the App Store and download the Hunspell Dictionary Manager. In this example, I'm using the integrated app store from within Trados Studio 2021. 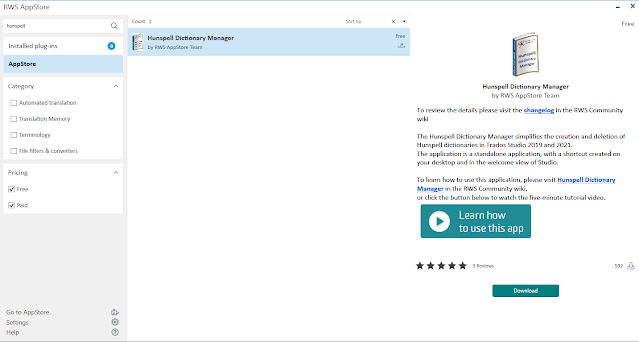 2. After installing the app and restarting Trados Studio, go to the Welcome view and launch the app. 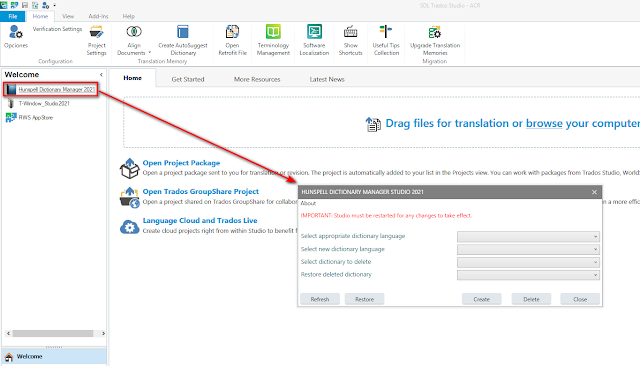 3. Under "Select appropriate dictionary language", select a base language, that is, a language variant that is in the list and that could be used as the basis to build your new dictionary. In my example, Venezuelan Spanish is not supported, but there are a number of Spanish variants that are in the list, several of which I've added before via this procedure. I will select Mexican Spanish as my base dictionary in this example. 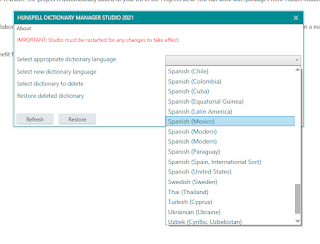 4. Under "Select new dictionary language", select the unsupported language that you need to create a dictionary for. In my example, this will be Venezuelan Spanish.

6. Close the Hunspell Dictionary Manager app and restart Trados Studio.
7. Now, the last step is to make sure that you've chosen Hunspell as your spellchecker. To do this, go to Options - Editor - Spelling. 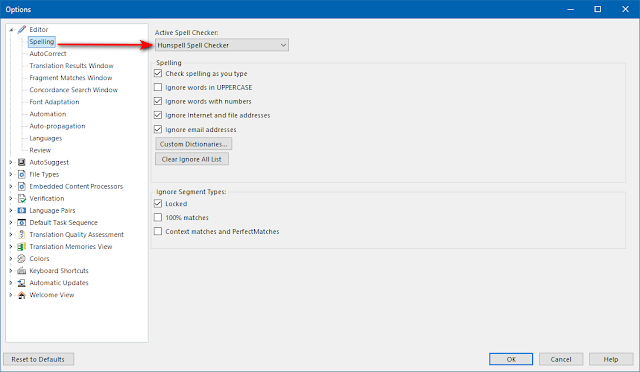 Now your new language variant dictionary is enabled and your previously unsupported language is supported!