If you have translation memories in TMX format that you'd like to use in SDL Trados Studio, this is how you can do it.

If you already have a Trados Studio translation memory (*.sdltm) that you would like to add the contents of the TMX file to, you can import the file by following one of the procedures below.

a. In the Translation Memories view, open your existing translation memory, and click Import, then follow the steps needed to select your TMX file. 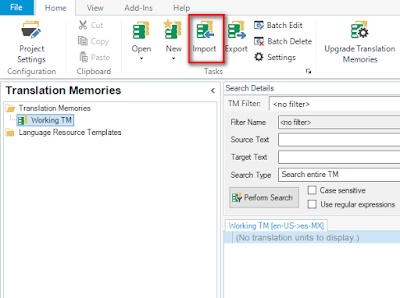 b. If your TM is active in a project, you can also start the import process from Project Settings - All Language Pairs - Translation Memories and Automated Translation. 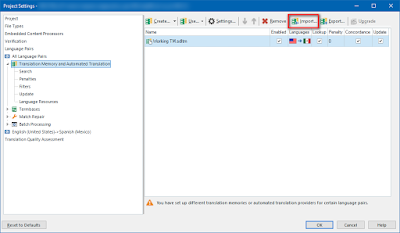 If you would like to create a completely new TM from your TMX file, you can directly "open" the TMX in SDL Trados Studio. This will automatically convert the TMX to a Trados TM, by first creating the TM and then importing the TMX into the newly created TM.

a. From the Translation Memories view, select Open, and select *.tmx from the file type dropdown list. 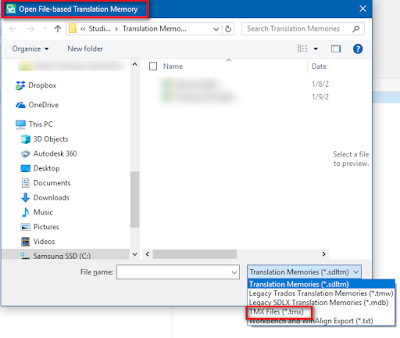 Publicado por Nora Díaz a las 9:41 AM No comments:

SDL Trados Studio by default adds the name of the day to autolocalized dates. If you want to change this setting, do one of the following: 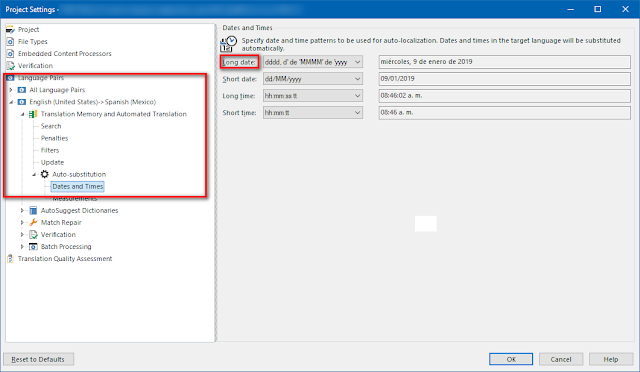 For the change to be implemented in future projects, created after the setting is changed*, go to Options - Language Pairs - Your Specific Language Pair - Translation Memory and Automated Translation - Auto-substitution - Dates and Times and select your preferred date format from the Long date options.

*Keep in mind that changes made in Options will only be applied to future files and projects created by you. For any existing projects or future projects received from someone else, for example, a package, the change needs to be made in Project Settings.
Publicado por Nora Díaz a las 8:54 AM No comments:

To increase or decrease the font size in the Editor, do one of the following:

In the View tab, go to the far right and use the Font Adaptation icons to increase or decrease the font size dynamically with every click. The Adapt Font Sizes button has to be enabled as shown below for this to work. 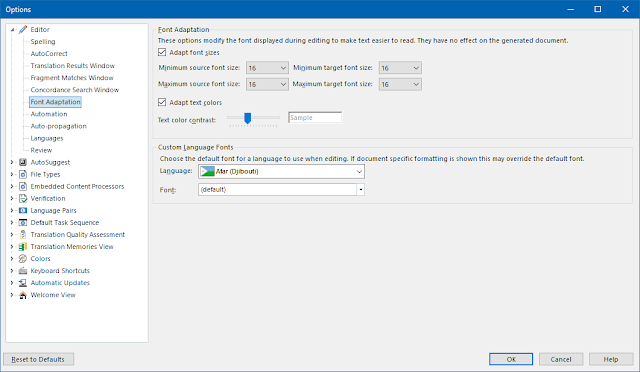 If you keep seeing the following when opening a new document for translation and your target language is not German, you may want to change this setting. 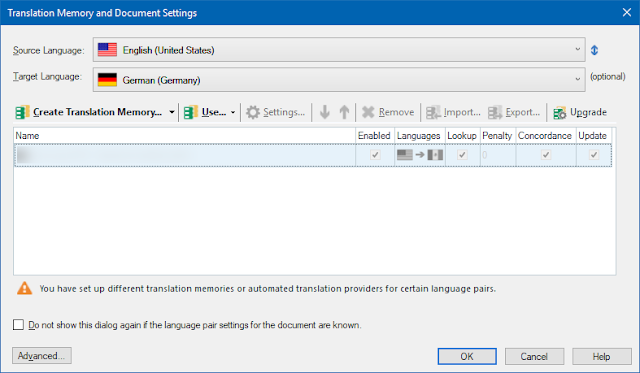 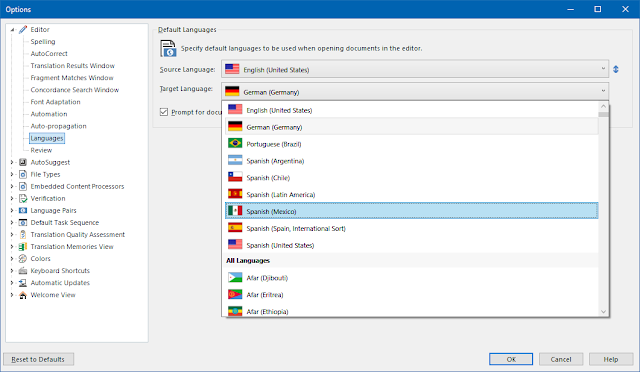