Do you speak Trados?

One of the most frustrating things for me when I was first learning how to use Trados was not knowing the jargon when I was trying to ask a question or discuss an issue. Now that I've become a bit more familiar with SDL Trados Studio, I find that colleagues who are new users also struggle with this. These short definitions are my contribution to help improve this issue.

There are only a few for now, but I'll be adding more definitions over time. 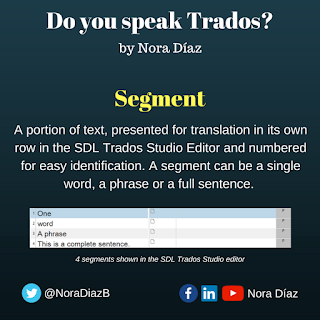 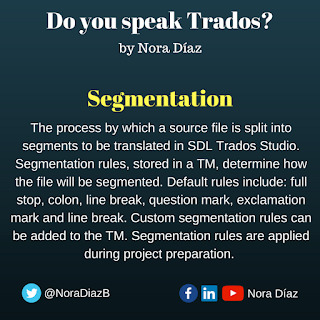 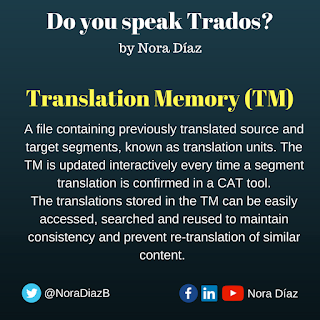 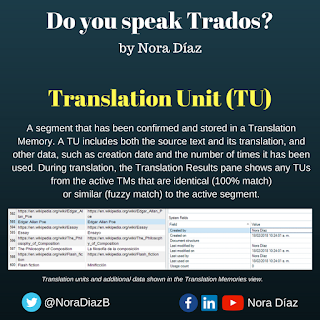 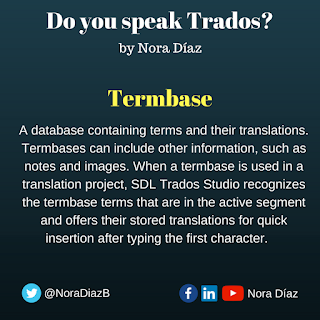 When One Keyboard Isn't Enough

Today I thought I'd share with you a little toy I have sitting next to my keyboard that makes my life a little easier: an X-Keys keypad. It looks just like this: 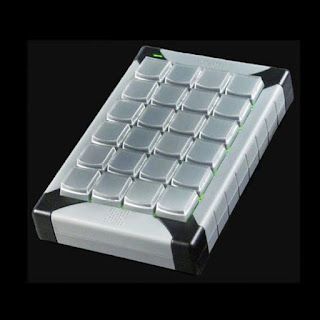 What is it?
You can probably tell just by looking at it: it's 24 additional programmable keys. So, does that mean you can program 24 actions/macros/functions with an X-Keys keypad? No, you can actually program more, as each key can be programmed to do something different depending on which application is open, plus there are layers.

The keypad is programmed with a bundled program called MacroWorks 3.1. Here's a list of features from the manufacturer's website: 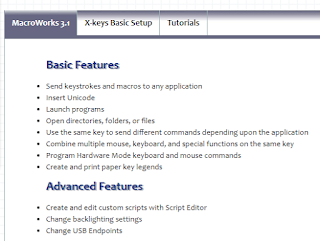 The keys are backlit, and you can choose either blue or red, and even choose the backlighting on an individual key basis. I have turned off the backlighting altogether, so that's also an option.

What do I use it for?

First, I have to say that even though I have all these keys at my disposal, I find myself using about half most of the time, the bottom half to be precise, and also sometimes the right column. The bottom right key is my "Confirm" key in the various CAT-tools and environments I use: SDL Trados Studio, as my main CAT tool, but also Wordbee, MemSource and occasionally MemoQ. Other SDL Trados Studio related actions include frequent actions, such as Concordance, Quick Add New Term or Filtering. Other keys perform functions such as:
You get the idea... Here's a partial list of my key assignments: 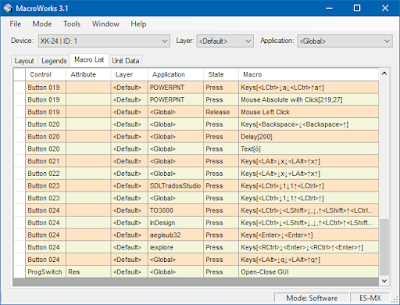 How difficult is it to program?
Not difficult at all! You just open MacroWorks, either by pressing a little button on the back of the keypad or via Windows, and you can go to an interface where you choose a key, assign an action to it and save it. Key assignments can be stored in the hardware itself or in the software.

To make things easier while programming your keys, there are four options to enter a macro event: Text, Keystrokes, Shortcut, Function, all quite self-explanatory.

My only complaint* is that when I first got my keypad, MacroWorks was perfectly functional and responsive, so much so that I would often change key assignments depending on what I was doing, since it could be done in seconds, but at some point, it started getting really slow, and now it takes a bit (or a lot) of patience to add new key assignments, as the software has become quite unresponsive, even with the latest updates. I would show you a little video, but it might be more fun to watch paint dry. Really, it's that slow, at least on my system. This doesn't seem to be a widespread issue, though, and I probably just need to find the time and the right support to troubleshoot it.

*Update: Writing this post inspired me to seek some support with my issue, and PI Engineering replied to my email quickly, offering a solution, which worked perfectly, so MacroWorks is quite fast once again. If you use Windows 10 and are experiencing speed issues with MacroWorks, see the bottom of this post for the fix.

Final words
My X-Keys keypad is one of my favorite computer add-ons. When I'm on the road, I really miss it and can feel the difference it makes when I'm back and using it again. It's one of those little things that can help increase productivity. And every little bit counts!

Fix for the MacroWorks 3.1 speed issue in Windows 10, as provided by P.I. Engineering support:


First lets elevate some permissions and run the software in “compatibility mode for WIN 7” . Go here C:\Program Files (x86)\PI Engineering\MacroWorks 3.1  and for the following entries:
MacroWorks 3 Launch
MacroWorks 3g
MAcroWOrks 3r
Macroworks3r.vshost
Right-Click and select “Properties>Compatibility Tab” place a checkmark in the “Run this program in compatibility mode for: (Win7)” box and the “Run this program as an administrator” box, then select “Apply” and reboot the computer entirely for the changes to take effect.