One of the first things that I wanted to learn when I first started looking into regular expressions was how to do replacements. In this article we will look at how regex replacements work and how we can use them in SDL Trados Studio.

As with any replacement operation, we must first find the string that we want to replace. To do this, we can use any regex built with metacharacters, anchors, character classes, special characters, quantifiers, and groups and ranges. In the replacement part, however, none of these regular expression elements are supported, and we can only use literal characters and substitutions consisting of a dollar sign followed by a number. The $ is the only special character that can appear both in a regex pattern or in a substitution, although with different meanings. In a regex, $ is an anchor that indicates the end of a string. In a replacement pattern, it indicates the beginning of a substitution.

Substitution elements such as $1 or $3 represent the capturing groups in the regular expression matched in the "Find" part of the operation, with groups being assigned consecutive numbers from left to right, starting with 1.

Let's look at a few examples.

In our first example, we want to replace the British word ending "-our" with the American spelling "-or". 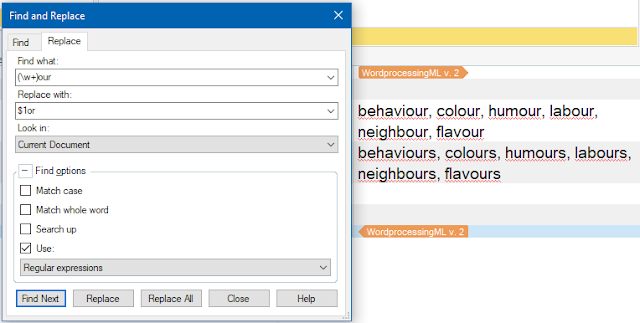 In the example above, the regex pattern matches any word character, one or more times, followed by the literal characters "our". This pattern will match each of the words in the sample string: behaviour, colour, humour, labour, neighbour and flavour, and their plural forms, and will allow us to replace them. The pattern to the left of "our" is in parentheses, indicating that it is a group. Since regex groups are automatically assigned consecutive numbers from left to right, this would be group 1. We place this part of our regex in a group for the specific purpose of using the matched contents in the replacement, by using its corresponding substitution element.

The animated gif below shows how each word is matched by the Find operation and then replaced. 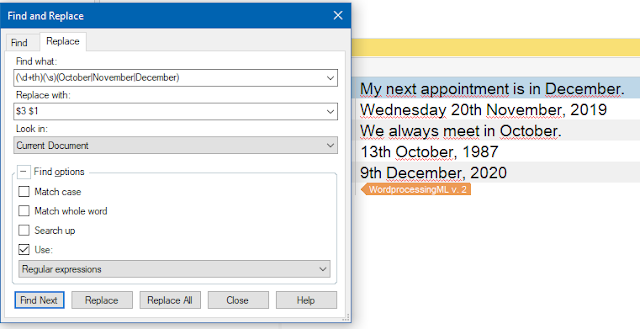 In our second example, we want to change dates such as 20th November to November 20th. We will use a regex that has three groups:

Group 3: (October|November|December)
Any of these words
Substitution element: $3

Here's the replacement operation in action.

In the previous example, we used 3 capturing groups in the regex. If instead we place the space inside a non-capturing group*, then the numbers assigned to the groups would change, and the replacement pattern would be different. 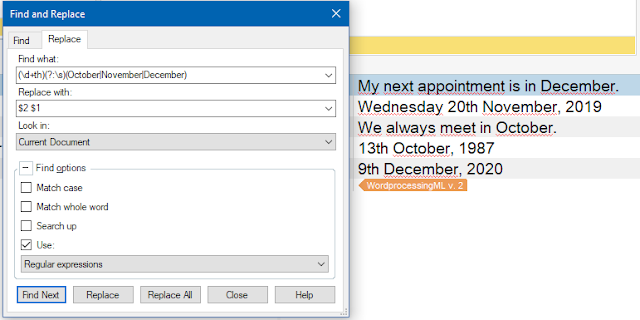 Here, we also have 3 groups, but one is a non-capturing group, indicated by the ?: inside the parentheses.

Group 2: (?:\s)
A space
Substitution element: None, this is a non-capturing group, so its contents are not saved to be used later on.

Group 3: (October|November|December)
Any of these words
Substitution element: $2

We have said before that capturing groups are assigned consecutive numbers, starting with 1, that can be used later on in the replacement pattern. But what if we want to use the entire matched string in the replacement operation? In that case, we use $0. You may be wondering when you would need to do this. Consider the following example. 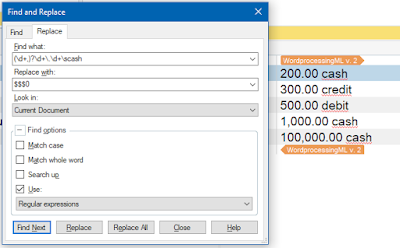 In this example, we want to add a dollar sign in front of any instances of an amount followed by a space and the word cash.

See the replacement in action below.

With this, we have come to the end of this article. If you'd like to have a copy of my cheat sheet, you can download it here: 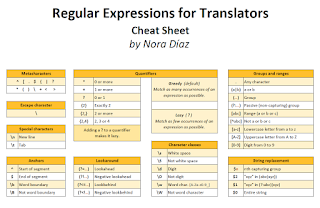